Air cabin crew uniforms, you have to love them. Because of the prestige that comes with the job of an airline flight attendant, different Qatar Airlines companies and other various airline businesses must put their best foot forward.

By being presentable, they attract more people to ride their planes. One of the ways to represent the company in the best possible way would be through these air cabin crew uniforms.

Fortunately for us, somebody was able to create a video of the top 10 cabin crew uniforms around the globe. This is an interesting list because of other flight attendant uniforms that were left out. Still it’s still nice to see these being ranked.

See the video of the top 10 cabin crew uniforms after the jump. 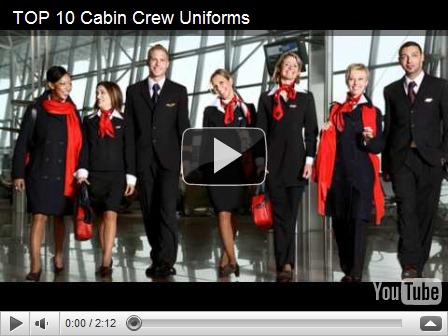 So basically these  are the Top 10 Cabin Crew Uniforms. But I’m still looking for other Airlines. For me, the best would be Etihad Airways because of how black the color of their uniforms are. Would you agree with the list above? Or can you recommend other cabin crew uniforms that stand out in a good way?