What makes an air cabin crew salary so high? Definitely because this job has a great deal of risk involved. You are always traveling and most of the time, you are in the sky. There are more possibilities of danger in this line of work because of accidents that might happen while you are working on the job. 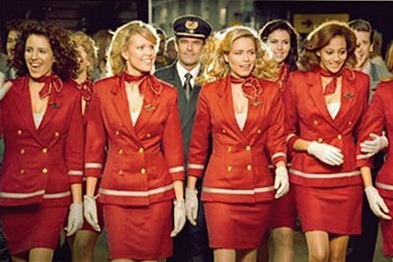 So why do people still crave for the cabin crew life? Whether you work as a flight attendant in the Emirates or cater to passengers as a Qatar cabin crew staff, there is a certain prestige of dressing up and flying to different destinations all over the world. We know that traveling can be expensive at times and when you have it for free, it’s part of the perks that people envy.

Also, knowing that there’s a rigorous process in the recruitment of Qatar cabin crew jobs, you feel privileged that you’ve made the cut once you get hired as a flight attendant.
The cabin crew salary is really big. Let’s compare the two big airline companies that are pitted against each other in the Middle East: Qatar Airways (QA) vs Emirates Airlines (EK).

The salary rates differ depending on the package but mostly they have the same benefits and they equate each other in the end. With these salaries freely posted in the respective Middle East airline company websites, one cannot deny how big the flight attendant salaries are.

We will tackle more about difference between Qatar Airways and Emirates Airlines as employers in the next succeeding posts.

It is with this that there are a lot of aspiring applicants that want a piece of the airline industry cake. This is a fact and the reason why I want to land a job as a flight steward staff. Surely, air stewardess jobs are much-coveted because of the air cabin crew salary.